Though it may look unexpected at first glance, the initiative of the German Chancellor Schroeder (launched by him at the latest conference in Munich) on the necessity of transforming NATO and the establishment of an independent expert group to this end, which should elaborate in 2006 particular proposals for the transformation of the pact into a “largely political organization” is a logical continuation of concepts, supported by Schroeder himself and by other leaders from the so called “Old Europe”, about the future of the North Atlantic Treaty Organization.

This initiative comes as a manifestation of the actual refusal of Berlin and other European governments to become reconciled with the role of simple “mutes” in NATO as assigned by Washington.

Subsequent statements of a number of US officials on the need of a more detailed consideration of German proposals for transformation of the pact, aim largely at delaying the process of finding a solution to the issue by means of avoiding any serious changes in the organization’s activity and thus preserving the future chance to use the military potential of European allies for the implementation of one particular objective or another within the US foreign policy.

On the other hand, the policy, adopted by most newly-acceded NATO-members from Eastern Europe, for unconditional support to US initiatives, does not bring back yet the political and economic dividends, expected by the relevant governments. The relations between the USA and the post-communist governments from Central and Eastern Europe are dominated by Washington’s endeavors to impose itself as a “coordinator” of a kind of their foreign policy. In this respect, the Americans are particularly concerned about the efforts of their Eastern European allies to retain their own independent military-industrial complexes. This is the reason why most attempts of the latter to undertake actions in compliance with their own interests in this sphere meet a number of artificial barriers, posed by Washington and aimed at the closer commitment of Eastern European countries to the USA instead of the EU. 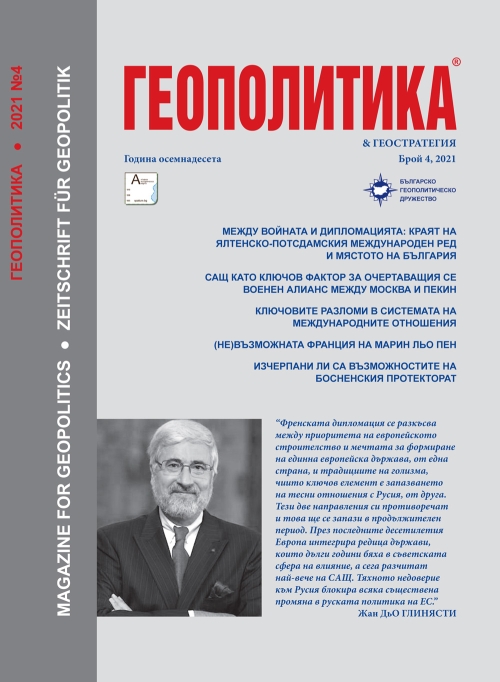